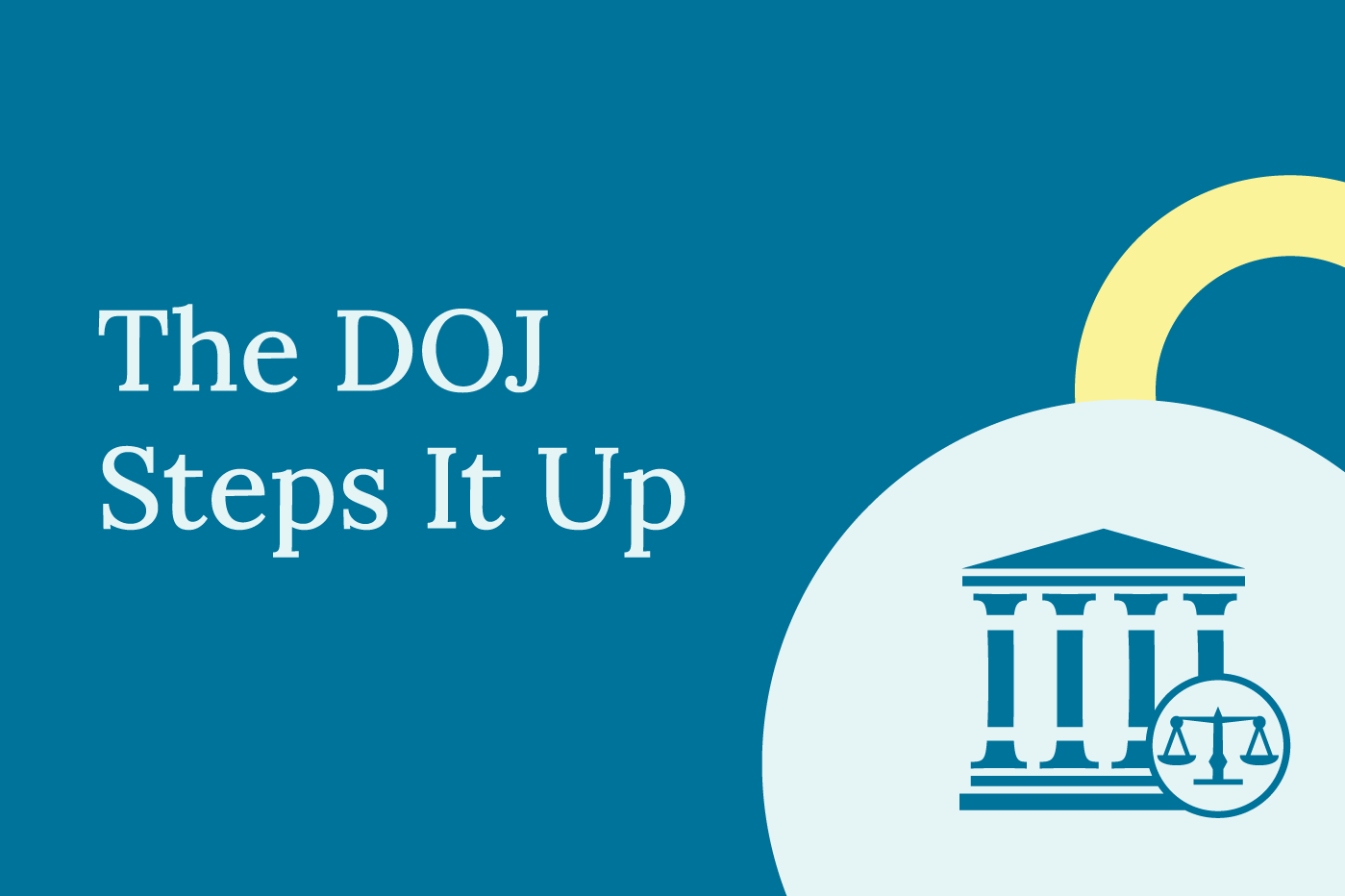 The DOJ Steps It Up

And the hits just keep on comin’!

In a September 15, 2022 speech, Deputy United States Attorney General Lisa Monaco has once again stepped up the US Department of Justice’s efforts to get principles of ethics and compliance baked into the policies and practices of US businesses. For those business leaders striving to do the right thing, this comes as a blessing because it makes it more difficult for rogue companies to avert compliance via legal maneuvers. But, for those business leaders who believe it’s about what you can get away with, well, going forward that’s a whole lot less.

Monaco’s speech publicizes long-awaited new DOJ efforts to reduce moral hazard, which is a term that is often reference, such as during the 2007-2008 financial crisis, and at other pivotal times in business history. The Organization for Economic Cooperation and Development (“OECD”) defines moral hazard as “behavior when agents do not bear the full cost of their actions and are thus more likely to take such actions.”

In Monaco’s speech, she clarified that for too long business leaders have been getting away with wrongdoing that amounts to moral hazard by hiding behind their businesses, where the business gets the financial penalty – fines which ultimately come out of the shareholders’ pockets.  The business leader may get a slap on the wrist, which Monaco indicates doesn’t really discourage them from engaging in future risky behaviors, something Monaco’s speech highlights as a need for change.

According to Monaco’s speech, with the new actions, the DOJ will:

These increased DOJ efforts provide increased tools for responsible executives and Board members by giveing them a greater means to protect the organization from prosecution by providing federal prosecutors with information about the people that acted improperly. These tools also potentially reduce moral hazard by minimizing the use of tricks companies have used over the years to shield apparently guilty individuals from prosecution. These actions also protect shareholder interests by not charging them for individuals’ crimes.

Syntrio encourages organizations of all sizes to develop a plan to encourage the workforce to promptly report suspected misconduct. Our philosophy encourages leadership and management to actively “listen up” to complaints and concerns and take prompt and corrective action (following a thorough investigation) when misconduct is found. By being forthcoming about missteps that may occur, we know the workforce will be more willing to come forward, thereby improving the organization’s opportunity to remedy potential issues before they become public (or the subject of a criminal investigation).

By removing the incentive to hide potential wrongdoing, organizations not only improve their internal culture, but also align themselves with the new policies introduced by the DOJ in Monaco’s speech. Syntrio welcomes the opportunity to partner with your organization on a plan for the improvement of your culture through a speak up and listen up program. We look forward to speaking with you about training courses and communication tools that are aimed at compliance through a healthy workplace culture. Contact us today to see how we can help you align with the goals set forth by the DOJ and other compliance focused agencies.

Monaco’s speech also addresses a couple other related efforts that may be of interest: