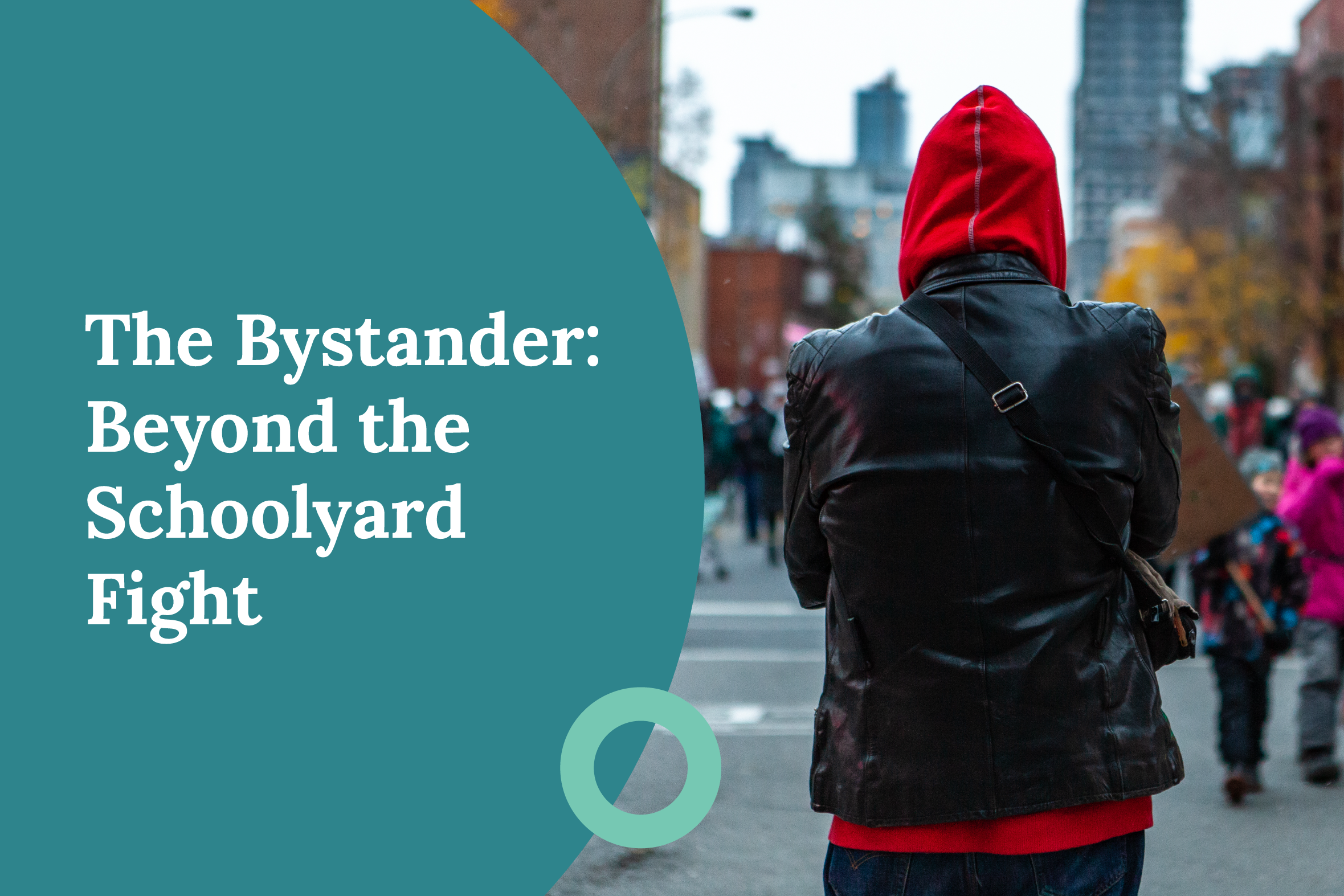 The Bystander: Beyond the Schoolyard Fight

As we grow up, the law of the playground no longer rules—it’s not respectful or responsible to stand aside as two people duke it out or engage in other improper behaviors.

As adults, we’re expected to certainly not encourage such improper behaviors and, if we can, to put a stop to them. But it’s easier said than done. For, as the bystander, several difficult questions can arise. When they do, the observer must determine:

It turns out, lots of reasons exist for why bystanders don’t act – they choose to not intervene.

Perhaps you’ve sensed this yourself.

Somewhere in a public place, you become aware of a situation unfolding between two or more people. Maybe they’re arguing.  Perhaps one is accusing the other of stealing from them. Possibly it’s a harmless disagreement.

Do you stop to determine what’s happening? Or do you feel it’s none of your business?

If you do stop and notice the situation seems wrong, do you evaluate whether something should be done? Perhaps someone should call security or the police. Maybe the people involved should be stopped.

In fact, situations that may need the help of a bystander can be fairly common.

This was the subject of “What Would You Do?” an American television show running 147 episodes from 2008 to 2020. Over sixteen seasons, the show carried out approximately 500 scenarios of bystanders watching an event unfold. It filmed whether onlookers simply watched from the sidelines or got involved. And then it interviewed the bystanders to understand why.

The “bystander” issue came to broad attention due to an infamous murder in 1964 in Queens, New York. One night while returning home from work, Kitty Genovese was assaulted for over close to an hour before being killed, despite neighbors hearing the assault. The New York Times ran an exposé questioning why no one helped.

The Genovese murder and ensuing media attention prompted numerous researchers to explore why bystanders do or do not help. The findings shed light on a series of complex psychological and social psychological reasons to explain why.

Workplace sexual harassment is one situation where a bystander’s action or inaction can have a significant impact. If a bystander takes some action to help, it is called bystander intervention. And, for various reasons, it’s the belief that a bystander taking action, when appropriate, is constructive for many reasons.

So, it’s not surprising that New York state requires an understanding of bystander intervention and awareness is included in its required annual harassment training, or that Chicago has now required a separate hour-long course on this topic annually.

The added benefit? Bystanders taking action can be useful in many situations! A forthcoming blog will address the various ways bystander intervention can play a valuable role in social interactions.

For now, it’s important to know that two states require bystander training regarding workplace harassment. And for very good reasons.

Learn more about the Employment Law – Harassment and Discrimination training courses we offer for all of your compliance solutions.