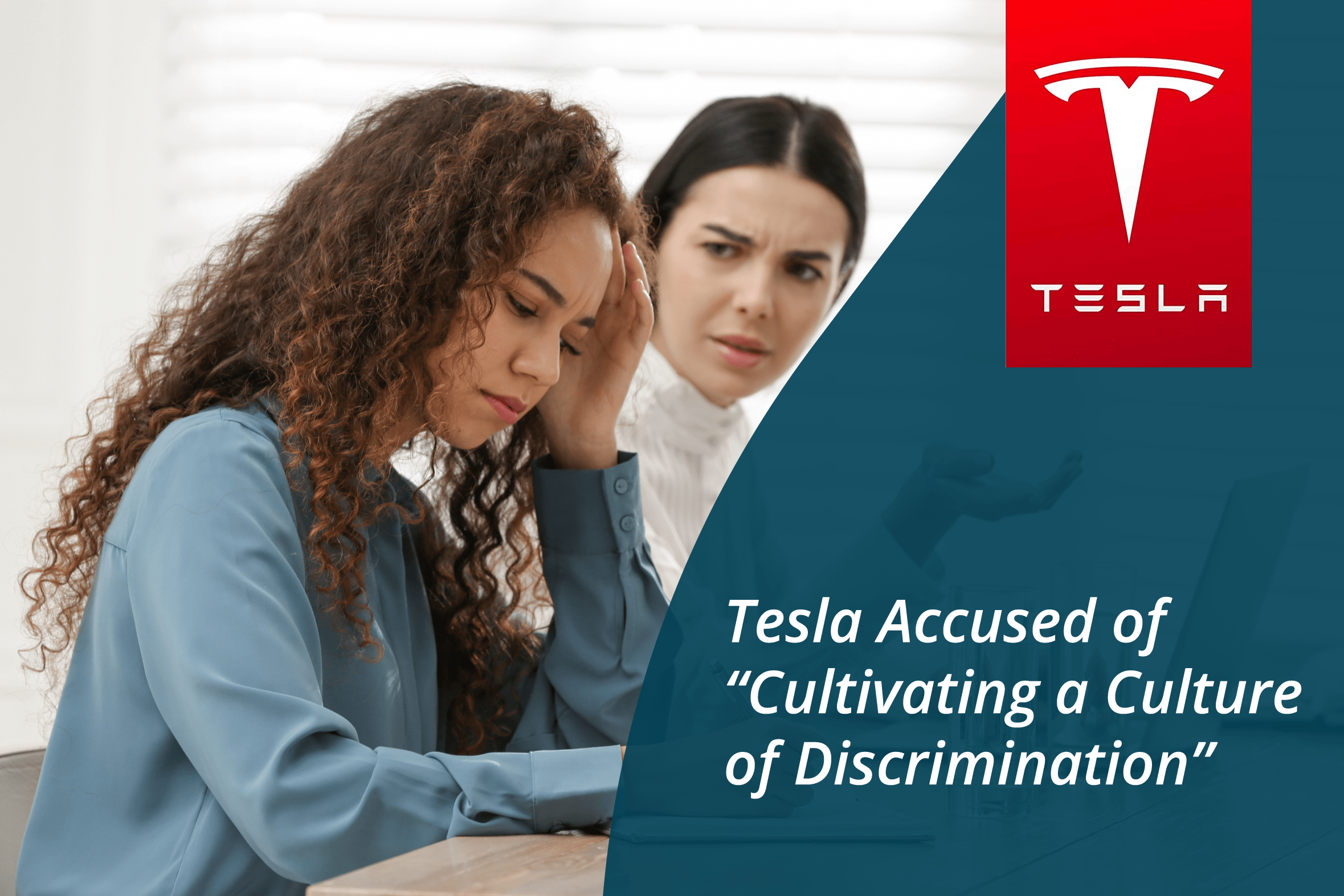 The United States Equal Employment Opportunity Commission (“EEOC”) has issued a “for cause” finding against electric auto-maker Tesla following a discrimination complaint on behalf of a group of Black employees. According to a report filed with the SEC, Tesla revealed being accused by the EEOC of “cultivating a culture of discrimination” and has begun the conciliation process with the federal agency. This report follows closely on the heels of a February 2022 lawsuit filed by the California Department of Fair Employment and Housing (“DFEH”) alleging that Tesla is a “racially segregated workplace where Black workers are subjected to racial slurs and discriminated against in job assignments, discipline, pay and promotion creating a hostile work environment.”

While not determinative of liability, the EEOC’s “cause” finding is not to be taken lightly. In fiscal 2021 the agency processed 20,908 charges of race discrimination and dismissed 70.4% as having “no reasonable cause.” This means the agency is unwilling to prosecute the vast majority of its cases further. However, it has found systemic issues within Tesla’s culture that appear to have enough validity to move forward and expend resources against the tech giant. Coupled with the DFEH lawsuit, Tesla is facing a wide range of problems on multiple fronts that could cost the company millions of dollars in damages and a massive public relations hit. As more drivers seek to move toward electric vehicles, the timing for Tesla could not be worse.

Tesla has long been accused of having a “toxic workplace culture,” The facts surrounding the depth of that toxicity were brought out by a Texas case filed by an investor who sued Tesla founder Elon Musk for perpetuating toxic behavior within the organization. In addition to Black employees, the Texas lawsuit alleges that women are marginalized within Tesla’s ranks, and other employees are harassed and discriminated against as a matter of policy. Given all of the smoke surrounding Tesla, it is safe to say that a significant settlement in one of the [at least] three harassment and discrimination cases pending against the company will cost it consequential damages.

The three investigations and lawsuits discussed above display the negative impact a severe accusation of toxic or discriminatory culture can have on an organization. A simple Google search of “Tesla EEOC” reveals 94.600 new results as of July 27, 2022. Such coverage is widespread in the global culture at a time when the company can least afford a hostile press. While not all organizations are nearly the size or market capital of Tesla, negative press concerning company culture can be perhaps more damaging to small and mid-sized organizations that either a) cannot afford the settlement necessary to end litigation; or, worse b) are forced to cease operations due to things getting so bad that it makes little sense to continue.

For the reasons above, engaging in a corporate education program is critical to improving organizational culture. While you may think your organization promotes a positive message and is inclusive, employees working within likely feel otherwise. Only when given a voice to speak up about concerns and accurate education concerning harassment, discrimination, diversity, equity, and inclusion can employees be genuinely empowered to voice their concerns before they become more significant issues that can lead to federal and state agency complaints of harassment and discrimination (and ultimately litigation).

We welcome the opportunity to partner with your organization on a tailor-made program of education that will improve your organizational culture and (by proxy) performance. Syntrio has developed a robust series of courses aimed at cultural improvement. These courses have the additional benefit of keeping your organization compliant with the wide variety of laws requiring harassment and discrimination training across the country. Contact a staff member today to see how we can help you improve your culture now.