Is Intolerance Boiling Under the Surface of your LGBTQ Diversity Initiative?

It is encouraging to see a large number of businesses showing enthusiasm for Pride month, when just a few years ago many companies were hesitant to publicly endorse their support for the LGBTQ community out of fear of things like “customer backlash” or “taking a stance.” Many businesses are thankfully no longer afraid to show support for a very important segment of the population, and are (at least outwardly) embracing sexual orientation and gender diversity in a variety of different ways. Such enthusiasm would make an observer think LGBTQ employees are happier at work than ever, but recent surveys and research into the subject indicate that may not be the case.

Similarly, a 2019 study conducted by Glassdoor.com revealed 43% of LGBTQ employees surveyed feel they cannot be truly “out” at work, and nearly half of those respondents (47%) felt they could lose their job if they revealed their sexuality or gender identity. The Glassdoor survey also revealed that 50% of LGBTQ employees surveyed had witnessed discrimination or harassment related to their own or another employee’s LGBTQ status.

Putting on a Happy Face is not Enough

Respondents to surveys indicate an overwhelming lack of desire to work for organizations that are intolerant of LGBTQ employees. Further, the disturbing findings in the Monster.com and Glassdoor.com show that organizational perceptions of tolerance toward LGBTQ employees are out of touch with reality. For these reasons, it is clearly time for a change in the way organizations formulate and maintain their diversity and inclusion initiatives when it comes to LGBTQ employees.

All too many organizations are displaying rainbow icons on their social media accounts and donating money to LGBTQ initiatives, yet those same organizations are failing to support the entirety of their workforce. When companies put on a “happy face” to the public regarding LGBTQ issues, yet fail to support those members of that community working within their organization, the intolerance under the surface truly makes the “inclusion” portion of LGBTQ diversity and inclusion that much more painful to those that witness intolerance in the workplace.

Part of the reason organizations still feel hesitant to fully embrace LGBTQ diversity in their workplace is the law. It may surprise you depending on your geographic location, but 26 states still do not provide EEO protection to LGBTQ employees. Compounding this fact is the unsettled nature of federal law on LGBTQ discrimination and harassment.

Given the natural tendency of many compliance officers and HR departments to let the law dictate their policy, a surprising number of employers do not include LGBTQ protections in their policy. While the monster.com survey revealed 85% of responding organizations do have an anti-discrimination polciy in place for LGBTQ employees (regardless of jurisdictional law), this is still far higher than the 68% of employees who felt there was support and enforcement of that policy.

Employers need to embrace the concerns of their LGBTQ workforce and understand that the LGBTQ community is an exponentially growing segment of the workforce. The law in this area is changing, but more importantly, societal views toward those organizations that discriminate and/or are intolerant toward LGBTQ employees are extremely negative.

Syntrio takes pride in its support for the LGBTQ community and makes a point of emphasizing the importance of protecting this segment of the workforce (and all employees in general) in its courseware. If your organization is not doing all it can to support and protect LGBTQ employees, it is behind the curve and hopefully the eye-opening statistics discussed above are enough of a business reason to embrace your LGBTQ employees and ensure they feel happy and safe in their work environment 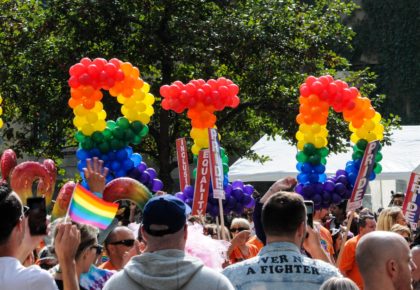 During Pride Month, you’re probably seeing the rainbow Pride flag everywhere, including in the logos of companies and brands you follow on social media. While this type of representation and visible allyship is valuable, it’s important that your organization matches its public displays of support with internal policies and workplace culture that is truly inclusive […] 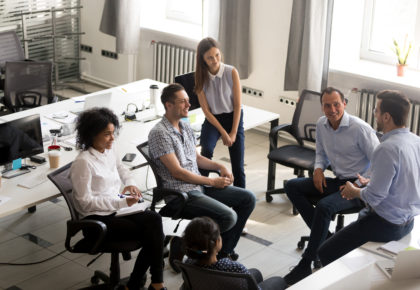 The Number One Reason that Employees Leave

A recent Gallup poll of more than a million U.S. employees found that the number one reason people quit their jobs is a bad boss or immediate supervisor. Even with this well-publicized statistic, most managers fail to accept their role in high turnover. A year earlier, Gallup found that only 18% of managers demonstrate a […]