Let There Be Light: Sensitivity to Winter Holidays

On or around the winter solstice, holidays and celebrations are often held to celebrate the shortest day in the Northern Hemisphere. Waking the dark, coming home after work in the dark—no wonder people light candles and string lights to mark the moment when days will grow longer, and winter starts giving way to spring. This season of light has been feted for thousands of years around the world. It’s easy to think that winter holidays consist of Christmas, Hanukkah, and Kwanzaa. Yet, there are many other winter celebrations observed by different cultures that we should be sensitive to and respect.

Las Posadas, which began in 1586,  is a nine-day celebration in Mexico, southwestern United States, Cuba, and Central American countries, and added poinsettias and luminarias to our winter traditions. Eid-al-Adha is an important Islamic holiday that typically falls between late October through December. Diwali, in India, celebrated by Hindus, falls on November 13th and referred to as the “festival of lights.” The Japanese set aside New Year’s Eve for Ōmisoka in the new year. Kwanzaa was created in 1966 by Dr. Maulana Karenga as an African American response to Christmas’s commercialization.

There Are Those Dismissive of Holidays

Some people can’t get worked up about Christmas because it’s been overtaken by Black Friday, Small Business Saturday, and Green Monday sales and malls offering Santa’s lap in exchange for full shopping bags. Or are quick to point out that, In the Fourth Century, the Roman Catholic Church moved the birth of Jesus to December from his actual birth in mid-September. Hanukkah is actually a minor Jewish holiday.

Other people view winter holidays as a paid day off and a chance to overeat and return gifts you don’t like.

Whether you observe winter holidays or not, respecting coworkers’ holidays of choice is part of a civil and respectful workplace. At their heart, holidays are an expression of religious belief and cultural identity and heritage.  Too often, organizations default to putting up Christmas trees and decorating with ornaments and other accouterments, not thinking of accompanying other religions and their celebrations. So much so that, according to the US Equal Employment Opportunity Commission (EEOC), religion-based complaints more than doubled in the past fifteen years and increase year after year.

While acknowledging the benefits of diversity and inclusion, there seems to be widespread unconscious bias that produces harmful outcomes to those not part of the dominant culture. Organizations may think they’re celebrating with universal traditions, but this is far from the case.

As with other forms of stereotyping, prejudice, and discrimination, it’s important to follow a three-step process to become aware of your unconscious bias and help foster a civil and respectful workplace for all.

In Closing… Whether it’s prayer or celebration. Latkes, eggnog, or other special food and beverages. Candles or strings of light. Knowing about, honoring, and protecting religiously held beliefs and related practice serves us all regardless of our faith. 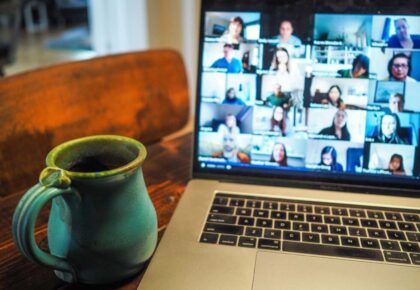 Our recent webinars focused on the current challenges and organizational solutions in diversity and inclusion and one main takeaway is that this is not a topic that fits neatly into a 60min webinar format. Join us in continuing the conversation where our speakers answer some of the many questions that were asked. 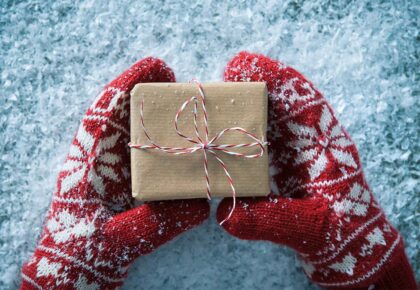 ‘Tis the season for business owners and executives to think about what gifts to give to vendors, top clients or customers, and employees.