In The News: 2019 Ethics & Compliance Year in Review

Research from the Ethics & Compliance Initiative finds that misconduct tends to increase when the economy is good. While in the US the Trump Administration may have put the brakes on some regulatory enforcement, corporate misconduct still runs high.

In this past year, bribery, money laundering, other fraud and trade sanctions dominated the news. With continued attention on the #MeToo movement, coworker behavior also made news.

This past year was notable for the Department of Justice’s revisions to its evaluation criteria for compliance programs of companies that are the focus on criminal conduct.  These new criteria provide much more specificity about what DOJ prosecutors will look at when investigating, charging and recommending criminal sentencing for businesses.

Fraud, which is a catch-all for many topics, including bribery, money laundering, misappropriation and certain conflicts of interest, continues its dominance.  Outside of the bribery and money laundering arena, this year’s largest fraud case was GE’s settlement of over $1.5 billion from the toxic securities scandal from the Great Recession (cases continue to linger on). Huawei also made headlines as the US sought to extradite its CFO, who was arrested in Canada on fraud charges.

It’s been over forty years since the US FCPA was made law and some ten years since the US Department of Justice significantly stepped up enforcement. Still, bribery (especially in international markets) continues to dominate the headlines. Over 20% of the Wall Street Journal’s Risk & Compliance articles addressed bribery, the most for any one topic.

Of course, other countries also have gotten on the anti-bribery bandwagon in recent years for FCPA and their own laws’ violations. Internationally, many of the headlines address bribery scandals, including where the US is able to invoke its extraterritorial reach (for example, Unaoil, Alstom). In the year’s major case, the Swedish company Ericsson, was issued the largest bribery penalty ever of over $1 billion.

This topic came in third place for the most headlines in 2019, with about 10% of the headlines (in the Wall Street Journal’s Risk & Compliance section). US regulators continue to step up both enforcement and compliance guidance to provide specific clarity about what financial institutions in and outside of the US should do – pressuring non-US banks to take compliance steps if they seek to do business with the US. Because money laundering touches so many issues, from trade controls, bribery, narcotics, weapons and human trafficking, cryptocurrencies, online shopping, and other issues, it remains a chief enforcement initiative.

Money laundering also appeared as a problem with European banks, including Swedbank and Deutsche Bank. A February headline indicated that UK anti-money laundering rules are often ignored or sidestepped.

Trade compliance again took a leading role in news headlines as the US shifts its foreign policy strategies, which affects which countries, companies and individuals that US businesses can work with and how these relationships can progress. Trade headlines occupied the second spot of the most news stories in the Wall Street Journal. Much of this dealt with business trade issues with China, Iran, Russia and North Korea, Mali, Cuba, Venezuela due to political events.

This year was notable for the new US Department of Justice evaluation criteria for compliance management, including a version for the DOJ’s Antitrust Division.  According to one story, this slightly moderates the Division’s “first come” program whereby a company to first report its involvement in an antitrust scheme, such as price-fixing or bid-rigging, escapes prosecution. Now, because every company can gain benefits from strong compliance efforts, any company involved in such an antitrust scheme may benefit even if not the first to come forward.

Much is being made of working with third parties and both the risk they present and the challenge of working responsibly with them. Stories on supply chain ethics continue to grow in attention with the media. Some of the headlines involved:

The business sector relies on the integrity of auditors to build trust in businesses. When auditor objectivity and independence is questioned, it can throw doubt on companies’ financial statements. This past year, auditor independence was questioned in articles on PricewaterhouseCoopers, KPMG and RSM.

Fair dealing issues tend to get addressed at the state or municipal level and through self-regulatory programs, such as the Better Business Bureau’s complaint resolution process. This past year, some leading headlines included the following:

Data privacy continues to gain greater attention in the press. As technologies increase in speed and ability, businesses find new ways to exploit these technologies, and action groups and regulators seek to protect the public from misuse of and failing to protect personal information.  The EU General Data Privacy Regulations (GDPR) came further into force this year.  And the market awaits the inauguration of the California Consumer Privacy Act, which started on January 1, 2020. Several other states are considering consumer privacy protection laws. Perhaps because of this, the US Congress also has proposals in the works.

In September, it was announced that British Airways faces a $228 million fine due to GDPR violations, the Regulation’s first hefty enforcement action. The case deals with the compromise of 500,000 consumers’ information due to a data breach on the company’s website. In July, Facebook received a $5 billion fine, the largest type ever, due to violation of consumers’ privacy rights. Google also faces a fine due to its YouTube division’s misuse of personal information related to children. That same month, Capital One suffered a data breach affecting financial data of 100 million credit card applications and accounts, said to be one of the largest hacks ever. Also in July, US regulators reached a settlement in the 2017 Equifax breach for $700 million in monetary relief and penalties, including $425 million for consumers. The Equifax breach affected 147 million consumers. Finally, the US Department of Commerce continued issuing sanctions to companies for violating its Privacy Shield certification.

Ethical concerns with artificial intelligence continue to rise as these technologies are explored. The past two years have seen inquiries into self-driving cars and pedestrian and passenger safety. At the same time, AI is being explored in how it can help to spot counterfeit products and other abuses.

The Chinese company Huawei loomed large in this year’s headlines as the US Administration used it as a bargaining chip in the US-China trade war.  The US accused the company of a Chinese government surveillance program. This was followed by Canada’s arrest of the company’s CFO on fraud charges. Also in technology, Apple sued former employees for stealing its trade secrets regrading autonomous driving purportedly with plans to sell to a Chinese company.

Perhaps the most notable international case involved Boeing’s woes regarding defects in its 737 Max aircraft that suffered two crashes apparently due to electronics failures, killing 338 in the October 2018 and March 2019 accidents.

In the US, the ongoing opioid scandal led in October to a $260 million settlement with three major drug companies. This settlement is seen as an early predictor for a larger settlement among multiple states and drug manufacturers and distributors that currently is being discussed at $48 billion.

California wildfires also further hobbled the state’s largest utility, PG&E, putting it into bankruptcy, also affected by a $1 billion fine. This is on top of a settlement announced in September of $11 billion in insurance settlement for 2017 and 2018 wildfires.

Other environmental headlines involved sustainability in product packaging, fast food restaurant emissions, plastic and paper cup recycling. More and more companies announced sustainability targets, such as P&G committing to a 30% plastics reduction by 2025, Sainsbury committing to cutting use of plastics by 50% and Nestle trumpeting a 75% deforestation-free supply chain. Google set out new sustainability goals and Nike announced a new warehouse running on 100% renewable energy. These types of stories are increasing in frequency, with reputational, employee engagement and bottom-line advantages.

As migrant worker abuse, human trafficking and enslaved labor gain more attention by the press and public, and abuses in the supply chain are uncovered, business stories become more pronounced. It was reported that Nutella’s hazelnut farming operations involve child labor, and slave labor was identified as significant in the timber supply chain, construction/building sector, and even nail parlors.

Along with these stories and new laws in the UK and US on slavery and trafficking, more initiatives are underway for labor transparency. This includes a push for corporate slavery reports, a database on supply chain slavery statements, and investor-launched anti-slavery efforts.

We saw notable departures of senior officers in companies due to the failure to report consensual workplace romantic relationships. This is the latest string of events that in the past has led to departures of executives at Lockheed Martin, Best Buy, Hewlett-Packard and Restoration Hardware, among others.

Executive pay and benefits vs. those for rank-and-file employees also received lots of attention. UK newspapers maintained a stream of headlines on mushrooming pay packages for senior officials while the average employee, especially unskilled workers, got along with less than a living wage and, in some cases, low wages in violation of the law. A November “60 Minutes” interview with JPMorgan CEO Jamie Diamond voiced his own concern about his own outsized pay package. The continuing march of stories underscores this issue’s continued emergence among both the business and general press. A similar issue which received growing focus involved the gender pay gap at such large companies as Disney, Microsoft and KPMG.

The rise of the whistleblower continues, despite a reported “cooling effect” in Washington, DC, brought on by President Trump’s tweets against Congressional impeachment testimony witnesses. Nonetheless, several stories in business reported on whistleblowers.

A group of employee whistleblowers at Infosys allege the CEO and CFO took accounting shortcuts to boost financial performance. A December whistleblower story alleged that the Church of Jesus Christ of the Latter-Day Saints (the Mormons) have not made charitable donations on par with IRS rules for non-profits, which generally are free of tax liabilities. Given the workplace troubles in Silicon Valley, an employee advocacy group is seeking tech company employees’ reports of unethical practices. Even Italy sided with whistleblowers by issuing the first penalty for retaliation against a whistleblower related to a corruption scheme.

This summary of the Ethics & Compliance Year in Review is collected from data from the Wall Street Journal’s Risk & Compliance articles and the Institute of Business Ethics’ (UK) headline service. Although we saw major news stories in 2019, 2020 is gearing up to be just as impactful in the world of Ethics and Compliance. 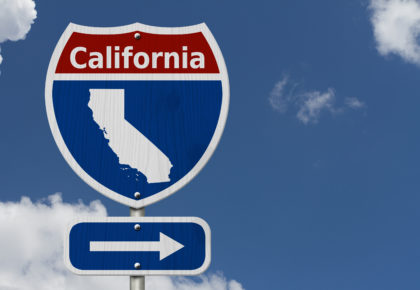