Many will be surprised to learn that an age-old problem has manifested as a new world concern—modern slavery or human trafficking.

For various reasons, some 25 million people worldwide are victims of human trafficking, primarily for labor or sex work. What’s more:

Businesses should be concerned and vigilant with approximately 25 million human trafficking victims globally in almost every industry. Those with suppliers, contractors, and recruiting firms in other countries have increased exposure. Unethical recruiters, smugglers, and other criminals use technology to locate and lure victims with the false promise of better jobs and higher pay.

The US Department of Justice is prosecuting one such recruiting firm. It promised agricultural jobs in Florida to more than 100 migrant workers from Mexico. However, the work was in Missouri for less pay than advertised. The workers were housed in a former jail and denied the meals promised by their work contracts.

Deceitful labor practices, withheld pay, extreme and unsafe working conditions, and child labor remain a persistent problems within many companies’ supply chains and business associates. For example, in a 2019 report, Apple stated it had removed 20 manufacturing facilities from its supply chain because of human rights and labor violations.

High-Risk Industries
Due to its reliance on unskilled labor, the fishing industry is at elevated risk for involvement with trafficking. Researchers at the UK University of Nottingham Rights Lab found migrant fishers reported beatings, excessive work hours (often 20-hour shifts), few breaks, and an average wage of £3.51 (US$4.23) an hour. One migrant worker trapped on a fishing boat after the captain took his phone explained, “Leaving is not possible because I’m not allowed off the vessel to ask for help.”

Mining is another high-risk trade. The demand for the cobalt used in smartphones and electric vehicle batteries has grown exponentially, and the incidence of human trafficking and child labor, according to a 2021 CNN news story.

Agriculture and textile production are additional industries at risk for trafficking involvement due to their use of low-skill labor. In 2021, The Guardian reported that one in five cotton garments on the global marketplace is made in China with forced labor (a type of human trafficking). More than 20% of the world’s cotton is from the Uyghur region.

A Pervasive Problem
In 2020, the US Department of Labor provided the following list of materials offered by certain suppliers who traffic laborers:

This extensive list shows that many consumer products–and the companies that use or sell them–are impacted by trafficking.

The International Labour Organization estimates human trafficking generates US$150 billion per year. This underworld wealth is deposited in unsuspecting banks and other financial institutions. Airlines transport victims without knowing it. Companies use supplies tainted by trafficked labor without realizing it. Trucking companies unknowingly ship these supplies. Business travelers stay at hotels with trafficked staff and attend entertainment events associated with sex trafficking. When the crime is discovered, it tarnishes the companies’ reputations.

A related form of trafficking involves sex-related services. This includes forcing, coercing, or using fraud to pull individuals into prostitution or other forms of sexual exploitation, such as the production of pornography and sex entertainment or other services.

While sex workers may operate of their own volition, we now recognize that many are exploited individuals and victims of trafficking. In the United States and other countries, anyone involved in sex work under 18 is de facto considered a victim. Further, many sex workers have been brought into the profession through false promises, drug dependence, physical restraint, emotional coercion, and abuse that ties the victim to their trafficker. They may love, trust or in some other way be dependent on the trafficker. This can mean they don’t even recognize that they’re a victim of trafficking. These workers often cannot control their work, earnings, and movement.

Industries involved in sex trafficking can include the hospitality, transportation, and healthcare industries. Sex workers are moved through and conduct their work in hotels and motels. Other entertainment venues are transported on airplanes, trains, buses, and other forms and receive care for injuries and medical needs in hospitals.

Increasingly, countries are enacting laws that prohibit their citizens from engaging in “sex tourism” or traveling to other countries where they can engage in sexual acts and other entertainment that involve prostitution and victims of human trafficking—and generally are not allowed in their home countries.

Sex trafficking is a prime example of how this heinous crime can occur in our backyard: in the victim’s town and even home, involving a family member or other trusted person as the trafficker.

What Anyone Can Do
The good news is anyone can learn how to spot symptoms of trafficking and raise these concerns. Organizations can establish policies and procedures to safeguard staff and train them to recognize human trafficking. Staff education is the first and most critical step, especially where trafficking is not apparent to the untrained individual or hidden deeper in the supply chain.

View our press release on the topic 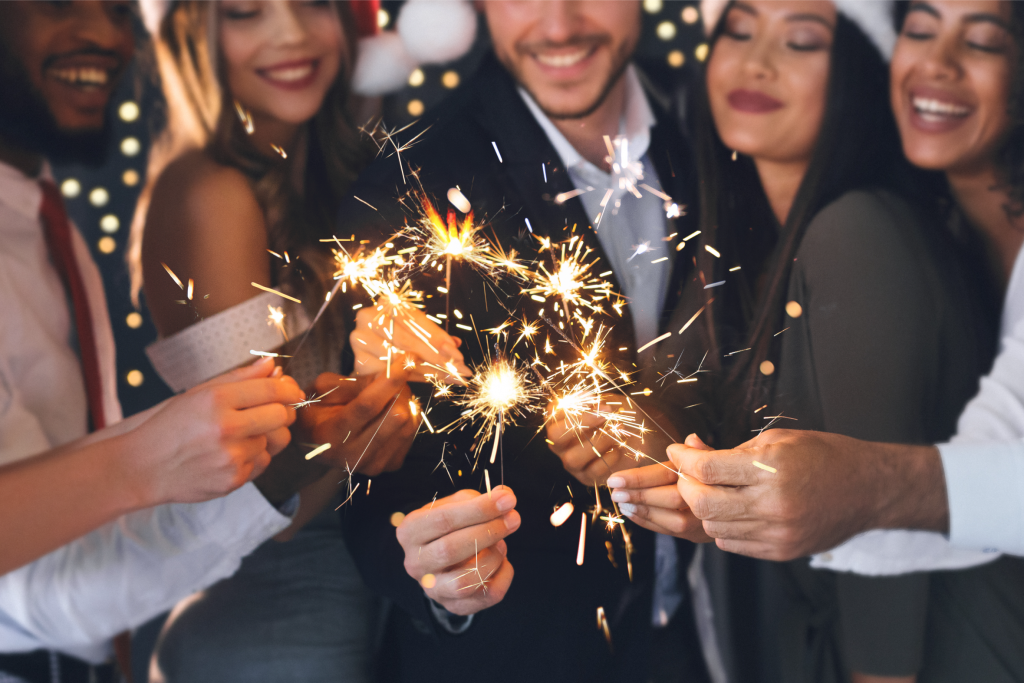 Diversity, Equity, Inclusion and The Holiday Season
When it comes to diversity, equity and inclusion initiatives, the day-to-day operations are on the forefront, but it’s easy to forget a sense of belonging that goes deeper.  Understanding people beyond the workplace and appreciating their differences can go a long way in creating a healthy workplace culture that promotes a sense of psychological safety [...]
Read Blog 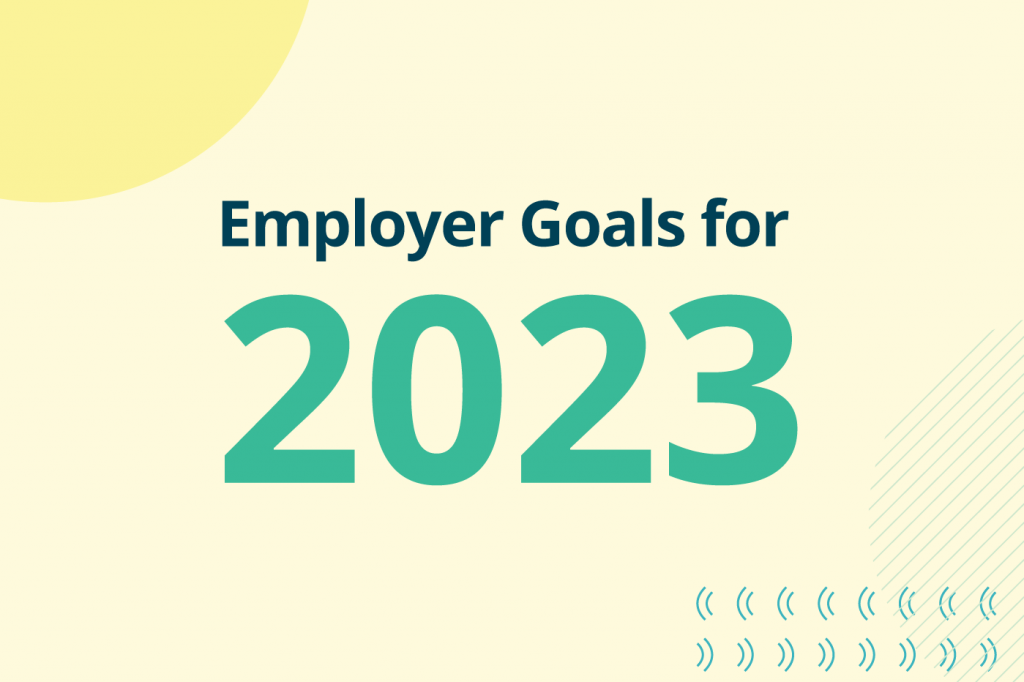 Employee Retention Leaps to the Forefront of Employer Goals for 2023
For months (and even years), we have heard threats of a looming economic recession. Although analysts disagree as to whether an economic downturn has already begun, rising prices and a corresponding increase in interest rates to combat those increases signals a change is either here or coming. Along with the economic times, so shift employer [...]
Read Blog 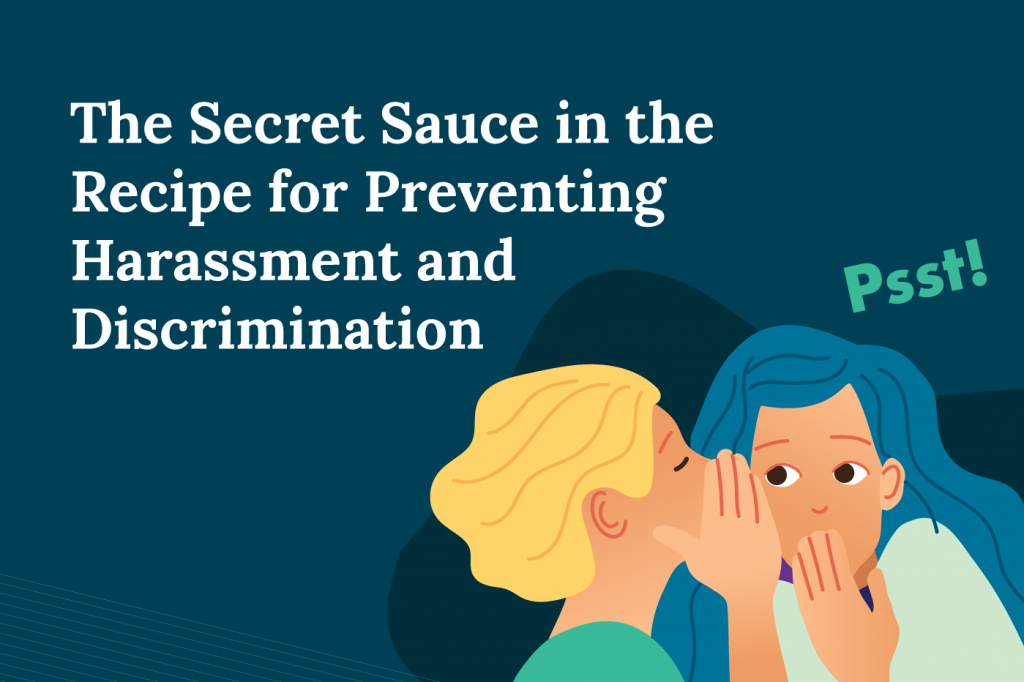 Inclusivity – The Secret Sauce in the Recipe for Preventing Harassment and Discrimination
There is little doubt that diversity, equity and inclusion has been one of the hottest topics of 2022. While DE&I is a critical element of a healthy workplace culture, the concept in whole is often misunderstood. Too many organizations rush to become “more diverse” without taking the time to implement strategies on the “equity” and [...]
Read Blog
Load more