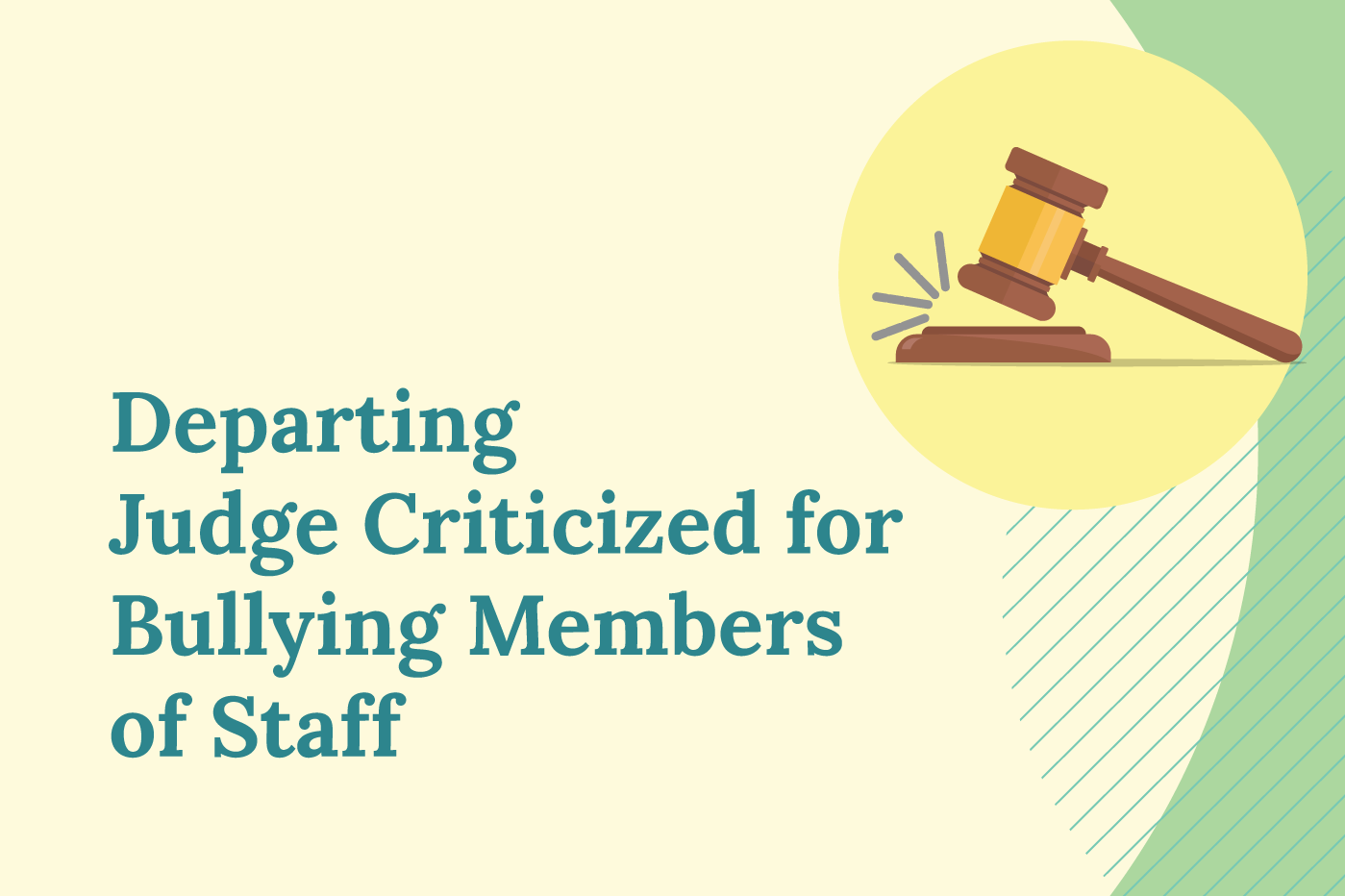 According to a September 15, 2022 Washington Post report, former federal magistrate judge Carmen E. Garza was denied reappointment following allegations she subjected employees to “insults, outbursts, and threats of termination.” Additionally, Garza allegedly manipulated staff to undermine other judges and made “derogatory” statements about colleagues. Garza also may have taken adverse employment action against members of staff after being notified she had been denied reappointment. Importantly, Garza did not challenge the allegations against her, instead issuing a denial based on her characterization of the “incorrect perception” of her accusers.

According to the Washington Post article, the judiciary has taken steps toward revamping the culture within federal courthouses, and to improve the ability of staff members to speak up about suspected misconduct. Such efforts coincide with increased national focus on workplace culture, employee empowerment, and employee psychological safety. Given the lifetime tenure structure of some members of the judiciary, it follows that staff are hesitant to raise concerns, given the power imbalance in play and fear of retaliation. As a means of combating these fears, the 10th Circuit (the federal appellate circuit within which Garza worked) released the findings of its investigation into Garza’s conduct and her subsequent denial of reappointment.

When employer reporting mechanisms are functioning properly, employees are not afraid to speak up about their concerns, knowing full well their employer will listen up to those concerns and take dedicated action to remedy any wrongs (following a prompt and thorough investigation). Such attention to employee concern is a key tenet of a healthy workplace culture, which leads to greater productivity, a more inclusive workplace, and greater likelihood of employee retention. Significant lessons can be learned from not only Garza’s despicable conduct, but also the 10th Circuit’s handling of the matter and publicity of the findings (as opposed to burying or covering up the potential misconduct).

Syntrio believes a healthy workplace culture is now more important than ever. As such, it has developed its line of harassment, discrimination, DE&I and workplace civility and respect courses around a central theme of cultural improvement. This concept is embodied by a commitment to employee education on speaking up about concerns (and the resulting listen up concept taken by supervisors and leadership). By committing to such a practice, employers are much better prepared to be aware of misconduct that occurs within their workplace and remedy it immediately. By opening lines of communication between staff and leadership, organizations can best position themselves to avoid negative publicity and legal action that stems from misconduct such as the allegations that led to Garza’s departure from the bench.

Syntrio welcomes the opportunity to speak with a member of your organization about how we can partner with you improve your workplace culture. We work with organizations of all sizes to promote civility and respect while maintaining compliance with the law and improve diversity, equity and inclusion throughout the workplace. By treating one another properly, and welcoming feedback from within, we believe organizations are best poised for success. Contact a member of our staff today to see how we can assist you in achieving your workplace culture goals.