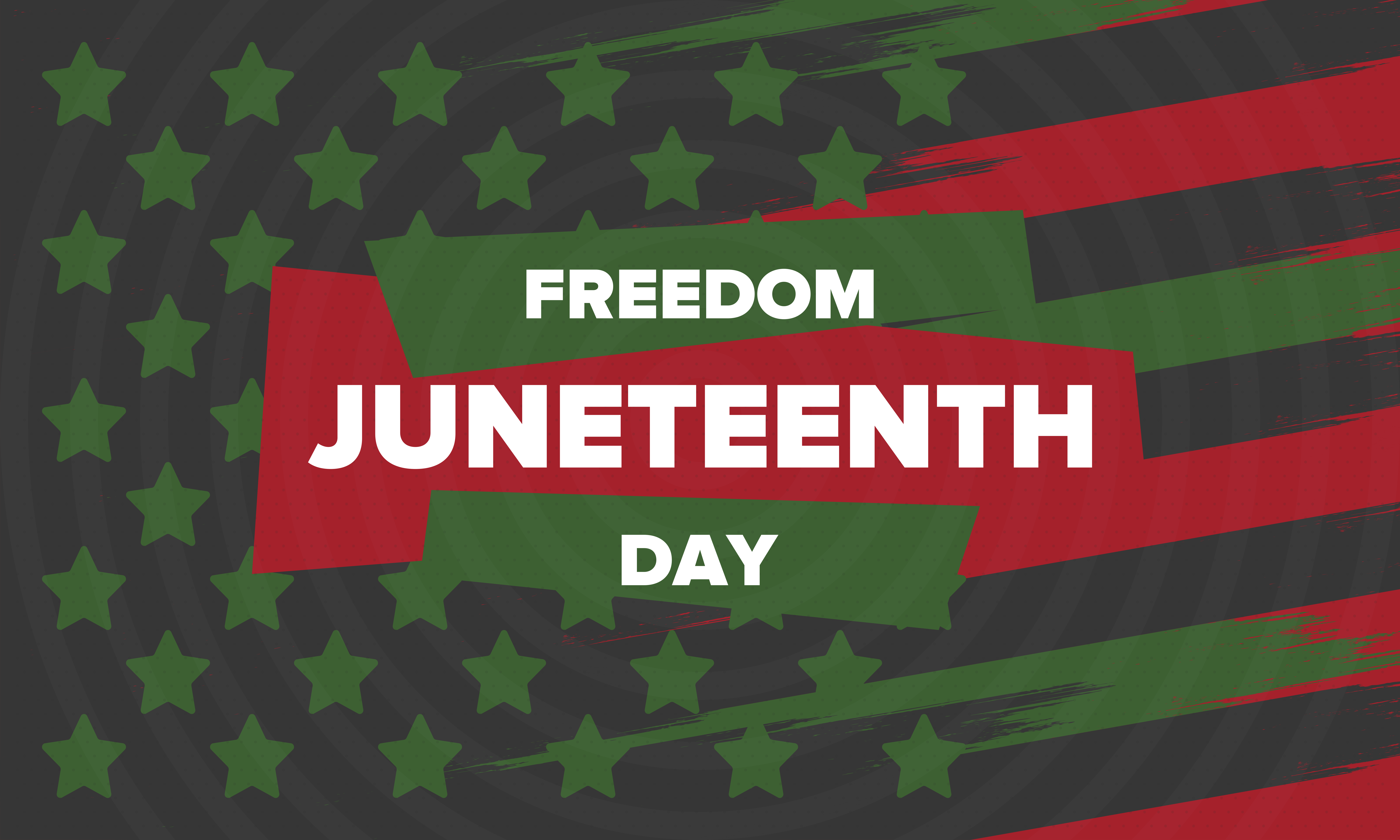 While walking to pick up a cup of coffee today, I stumbled upon my county’s annual pre-Juneteenth
ceremony.

For those getting up to speed on Juneteenth: President Lincoln issued Emancipation Proclamation on
January 1, 1863 that freed the enslaved African Americans in the Confederate states. But it wasn’t until
Union General Gordon Granger entered Galveston, Texas and issued General Order No. 3 two and a half
years later on June 19, 1865 that local African Americans truly recognized their freedom from slavery.

In today’s ceremony, speakers made some compelling observations:

While the United States traces its own independence to the adoption of the Declaration of
Independence on July 4, 1776, it took another seven years until 1783 for the colonies to truly win
independence from Britain.

Likewise, Lincoln’s Emancipation Proclamations were just words—an order that Confederate states were
not about to honor. Real freedom for the enslaved did not occur until the Northern states won the Civil
War and their armies entered the Southern states to enforce Lincoln’s orders.

Today’s speakers also observed that, for African Americans, the process of freedom has been a long and
arduous process: emancipation, recognition as US citizens, voting rights, civil rights, the list goes on. The
speakers recognized that (to borrow the words of retired US Air Force Colonel Walter Hitchcock)
“Freedom is not free.”

So for African Americans, and perhaps for every American, Juneteenth stands as a momentous day—a
day when the promise of freedom, first articulated in 1776, was made true; when our founding citizens’
ideals of freedom became real for all Americans.

So, for all US citizens who have suffered the indignities of subjugation: from Native Americans stripped
of their land and herded into the Oklahoma territory, Japanese-Americans interned in World War II
relocation camps, women kept out of the work force, and many others, Juneteenth may represent the
American promise writ large—the true Independence Day (or at least an approximation of it).

In creating a more perfect union, the US Constitution compels us to “Secure the Blessings of Liberty to
ourselves and our Posterity;” Juneteenth stands as a milestone in this ongoing effort and one every
American should recognize with pride.

Now, for some history of Juneteenth.

On January 1, 1863, President Lincoln’s Emancipation Proclamation marked the end of slavery for
those states that had joined the Confederate cause. (Officially, slavery did not end in border states like
Tennessee and Kentucky until later since these states had not fought with the Confederacy.)

Still, the vast majority of southern African Americans remain enslaved either because they didn’t receive
the news of Lincoln’s proclamation or, mostly, local white people refused to release them from
bondage. So, for most of the enslaved, freedom did not occur until General Grant’s troops entered the
South and ordered their freedom. Among the first instances of this was in 1865 in Texas when General
Gordon Granger entered Galveston and issued General Order No. 3. It read:

“The people of Texas are informed that in accordance with a Proclamation from the
Executive of the United States, all slaves are free. This involves an absolute equality of
rights and rights of property between former masters and slaves, and the connection
heretofore existing between them becomes that between employer and hired laborer.”

From this notice, African Americans came together and celebrated the first Juneteenth there.
Sometimes called, “America’s Second Independence Day,” Juneteenth originally served as a way to mark
Black American’s actual freedom from enslavement. It also has gone by the monikers: Jubilee Day,
African American Emancipation Day, Freedom Day, Liberation Day, among others.

For many years, Juneteenth celebrations remained fairly localized and limited, especially following the
Reconstruction period, when African Americans’ rights were once again curtailed during the Jim Crow
era. At the same time, as many Black people began leaving the southern states during the early 20 th
century’s Great Migration, the idea of Juneteenth spread. Waves of African Americans left the labor of
sharecropping for more opportunities in the Northeast, northern and western states.

Along with the Civil Rights era in the 1950s and 1960s, increased focus turned toward Juneteenth
celebrations. In 1980, it became an official holiday in Texas, the state where it started. In 1997, the US
Congress recognized, Juneteenth Independence Day.” In 2020, Virginia, New York and New Jersey
established Juneteenth as a holiday for state employees. Today, practically every US state recognizes
Juneteenth in some official capacity. Along with this, many businesses and universities are increasingly
recognizing Juneteenth as a paid holiday for staff, including Twitter, Nike and the National Football
League.

In fact, the holiday has been celebrated in such countries as South Korea, Japan, Italy, the UK, Guam,
Honduras, Germany, Kuwait, Spain, Nigeria, Ghana, Taiwan, and France, among others.

Juneteenth has grown beyond its original purpose of simply celebrating emancipation. It has become a
celebration of African American heritage and culture. The celebration holds many purposes: rejoicing,
reflection, remembering, along with others. In true celebratory style, it may involve rodeos, fishing,
barbecuing and baseball, along with other activities. It has become a time in which African Americans
come together to celebrate their ancestors, their struggles, their many achievements, and their
potential.

If you’re wondering what to bring to an upcoming Juneteenth celebration, strawberry soda pop and
barbecue are closely associated with these celebrations for years.