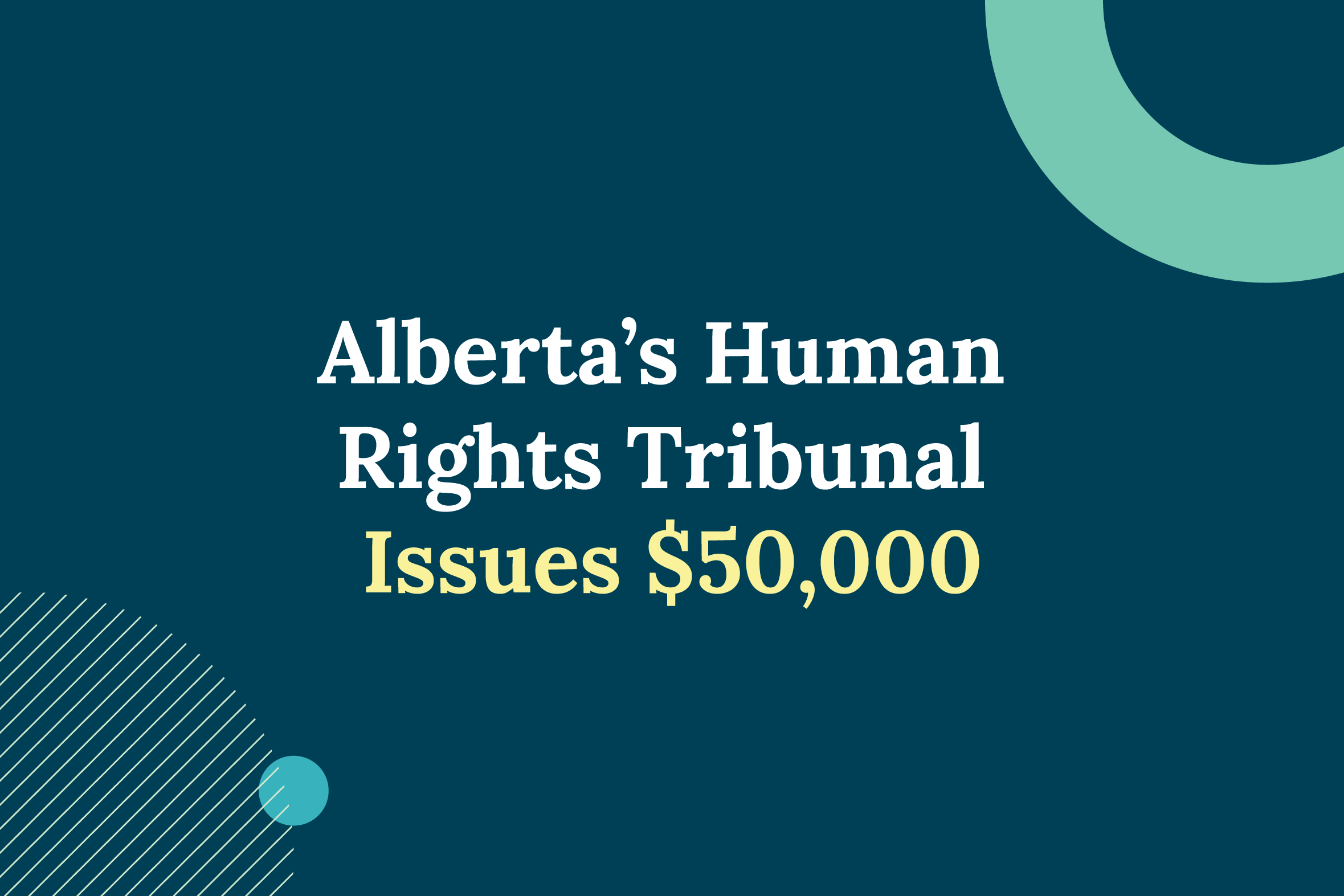 The pursuit of monetary damages as retribution for incidents of workplace discrimination and harassment is less common in Canada than in the United States, but a recent award by the Human Rights Tribunal in Alberta signals that Canadian employers should be making significant efforts to prevent harassment and discrimination. There are a variety of reasons why improved education is important, leading among those include: a) the need for organizational effort to improve the health of the overall workplace culture; b) the need to comply with provincial law; and c) the ability to mitigate or avoid the payment of damages to complainants. As the following case study illustrates, now is a good time to ensure your organization’s efforts at preventing harassment and discrimination are in place for the coming year and beyond.

In McCharles v. Jaco Line Contractors, Ltd., 2022 AHRC 115, a female employee was promised a raise if she performed well in her position. A year after starting work, the woman received an increase in salary from $130,000 to $160,000, indicating a satisfactory organizational view of her performance. At or around the time of the increase, the owner of the organization began calling the woman offensive names, booked a single hotel suite for the two (after the woman asked him not to), and allegedly touched the woman inappropriately while on a business trip. At the conclusion on the trip, the owner refused to drive the woman directly home to Alberta, and took her on an excursion against her will through several U.S. states.

When the employee finally returned to Alberta she took some time off from work. When she returned she was informed her employment had been terminated, with the employer stating it had exercised a 30 days termination clause in the contract. Subsequent to firing the woman, the employer allegedly discovered an incorrect vacation payment the employee had given herself and informed her she was being terminated for cause (and theft).

The Alberta tribunal considered the claim on a balance of facts that is similar to the burden shifting process used to analyze a case of employment discrimination in the United States. In particular, the tribunal determined that the employee was a member of a protected class; had suffered an adverse impact; and her membership in the protected class was a factor in the employment decision. The tribunal then found that because the owner could not prove the touching did not occur (combined with the other negative factors alleged by the employee), sexual harassment had occurred and the employee’s termination came “on the heels” of her complaint of harassment.

Although the tribunal acknowledged the mitigating factors (theft and potential poor performance), firing the employee at the company did was unlawful employment discrimination based on the employee’s sex (female). As a result, the tribunal awarded general damages in the amount of $50,000 and $13,500 for loss of income. Such an award is high in Canada, and given the heinous nature of the allegations, the award is unsurprising. Nevertheless, Canadian employers should be on notice that tribunals are willing and able to award significant damages when leaders behave inappropriately.

Should such awards become a trend, Canadian employers should expect an increase in employee willingness to litigate claims of harassment and discrimination. For that reason, employers may fear that increased education and communication about the need to speak up about incidents of harassment and discrimination could lead to increased liability and may not be worth the risk. Such an approach is not only dangerous and illegal, but counter-intuitive. Instead, employers should be focused on educating employees about the benefits of speaking up so that management can quickly address issues well before they arise to the level described above. Further, employers who are willing to provide additional education beyond that which is required by law position themselves to improve their cultures and attract and retain the highest quality talent.

Syntrio would welcome the opportunity to discuss how our education programs and communication tools for specifically designed Canadian employers can help your organization meet its goals of maintaining compliance and improving culture. Please contact a member of our Canada based team to speak with you about how we can assist you in meeting your organizational goals for 2023 and beyond